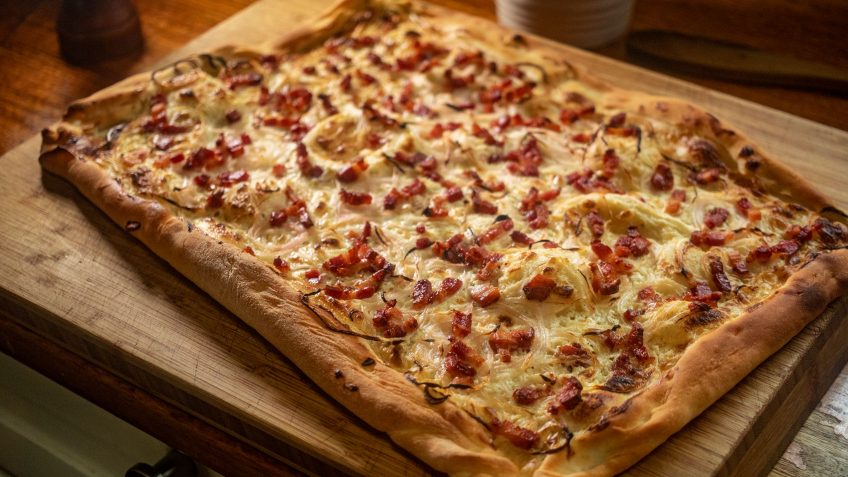 A cream cheese and bacon pizza from Alsace

The name means “Flame Pastry” also known as Flammekueche, it’s not really flambee but named that due to being cooked in a woodfired oven surrounded by flames.  It’s a popular Alsatian dish, that’s made of a bread or pizza style dough that’s rolled out extremely thin.  You can also make it without yeast for a more crispy and brittle base which is also quite common, but traditionally yeast is used. The base is then covered with a cream cheese or a mixture of cream cheese and creme fraiche.  It’s topped with very thinly sliced onion rings and smoky bacon lardons and baked in a very hot oven. Normally you don’t need to precook the bacon lardons, but as domestic ovens don’t reach the same temperature as a woodfired oven, this helps in getting that bacon crispiness. Enjoy Tarte Flambee or as they say in Alsatian, Flammekueche.