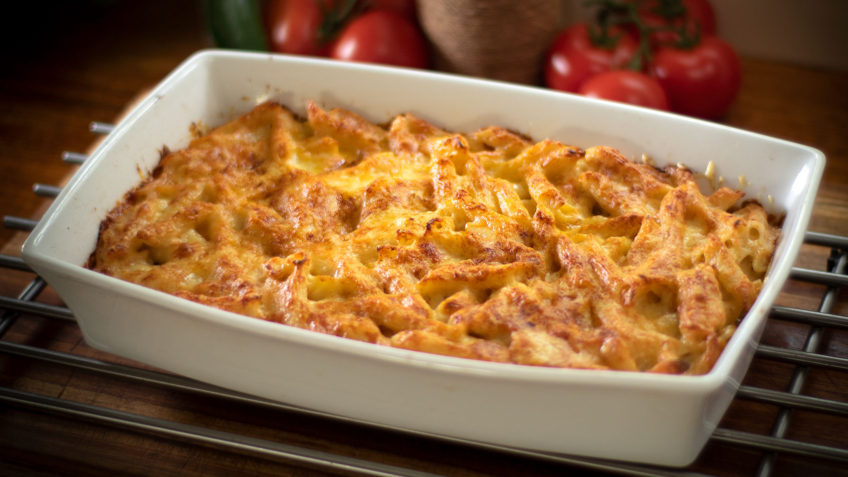 If you’re a Mac & Cheese lover, this will be your new go to recipe! It has two types of Italian cheeses, for a tasty creamy pasta and a cheesy buttery top.

Pasta and cheese originated in a Southern Italian dish as far back as the thirteenth century. It has been rumoured that it was invented by the third President of United States know as Thomas Jefferson. This rumour appears to be incorrect, although Jefferson did serve pasta and cheese, it was already widespread in Europe at the time. No one knows for sure who invented the Mac and Cheese, but you cannot go past this cheesy gooey recipe with two Italian cheeses.

Mac and cheese never existed in Italy, but certainly pasta and cheese did. Instead of macaroni I used penne pasta, so I suppose it should be called PEN and CHEESE! You can of course still use macaroni if you prefer. For a beautiful crust and flavour, the addition of butter brings it to another level. Serve it with a healthy salad and enjoy it with a dry white wine.