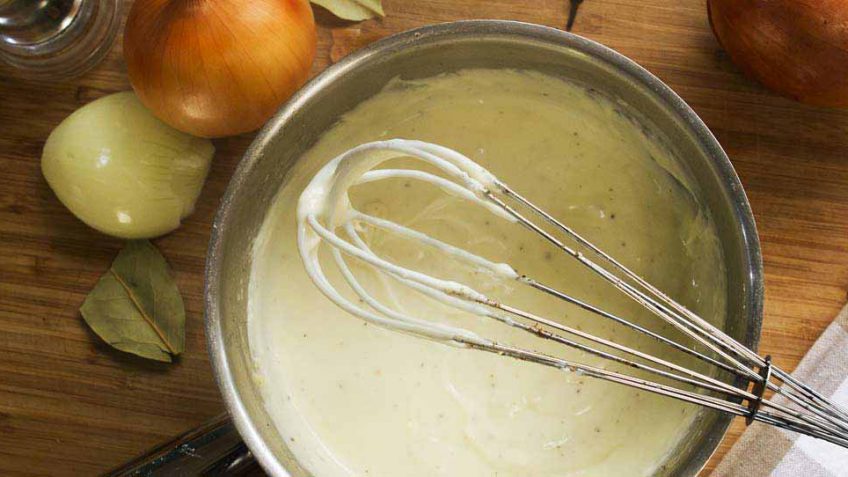 The Bechamel sauce originated in the Tuscan regions of Italy and later adopted by the French Chefs of Henry IV. The white sauce soon became a main ingredient in French cuisine and was renamed after “Marquis de Bechamel”. It’s application are numerous from Lasagna, Moussaka, seafood and more. By simply adding cheese to the hot mixture, it becomes a “Mornay or Cheese Sauce” commonly used with seafood, lobster or gratin of vegetables.

Coat the top with a little brushed butter to prevent skin from forming.
Use for Lasagna. moussaka, fish, seafood and more.
Add cheese and it's a cheese sauce.